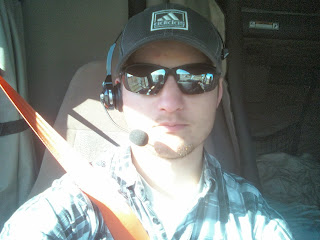 Within the first few months of my departure, a friend of mine asked if I was going "into the wilds" on her and everybody else back home in Washington. I didn't know the specific reference at the time, but my proclivity towards good literature, even while driving, eventually paired me with an audio version of Jon Krakauer's book Into the Wild, about the young Christopher McCandless' tragic but nonetheless inspiring adventure of self discovery and pursuit of true beauty and the good life. Yes S, I may be slow, but I get the reference now.

It would be fraudulent of me to say, post hoc, that the eloquent reasons McCandless gave for his expedition into the wilderness are my own. The reasons I gave for my abandonment of academia were more banal in their (ironically, I see now) academic tone: student loan depredations, academic inconsistency with my values and with liberty generally, the cult of diversity and multiculturalism--a critic's phrase, not my own--the raw price of the whole ordeal, its ultimate irrelevance and separation from pure learning generally, etc. But it would be wrong to say that the Joycian drive to forge off on one's own played no part, and the benefits sought by the likes of Steven Daedalus and his creator have become the bi-products of my more shallow motives.

It isn't just Irish writers and young athletes with family problems that feel impelled to hit the road. Some of the same impulses McCandless put words to were true for various young idealists throughout history, many of whom are detailed in Krakauer's book. Krakauer himself is among these dreamers. I feel that my love of authors like Jack London, Gary Paulson and Richard Bach, in conjunction with my love of traveling, my idealistic tendencies that drove me towards becoming a SEAL and then towards writing, and the testimony of my friends and of strangers, all allow me to claim some degree of membership in this ancient and demanding club of misfits.

My own brief reference back in August to finding the open road and solitude attractive is nothing in depth and passion compared to McCandless' own thoughts, nor to Thoreau's in Walden, nor the various other prophets, thinkers, and characters in history who wrote about their time alone in the woods. But what I was thinking about and conceptualizing in that concise sentence, had I devoted a day to elaboration, meditation and exhortation, might have come close in feeling to one of Christopher's letters:

"I'd like to repeat the advice I that I gave you before, in that I really think you should make a radical change in your lifestyle and begin to boldly do things which you may previously never have thought of doing, or been too hesitant to attempt. So many people live within unhappy circumstances and yet will not take the initiative to change their situation because they are conditioned to a life of security, conformity, and conservation, all of which may appear to give one peace of mind, but in reality nothing is more damaging to the adventurous spirit within a man than a secure future. The very basic core of a man's living spirit is his passion for adventure. The joy of life comes from our encounters with new experiences, and hence, there is no greater joy than to have an endlessly changing horizon, for each day to have a new and different sun. If you want to get more out of life, you must lose your inclination for monotonous security and adopt a helter-skelter style of life that will at first appear to you to be crazy. But once you become accustomed to such a life you will see its full meaning and its incredible beauty."

It's a point two of my other intellectual heroes, Sam Harris and Christopher Hitchens, primed me for in their own views about how to live the good life in the short time we have, but one that very few people seem to pursue, and perhaps for good reason. Different people do have different preferences (I'll avoid delving into the political implications of such an obvious but ignored fact for the sake of keeping a cohesive post), and the nomadic, adventurous life may not be for everyone, even for a brief time. It has always had a draw on me however, and while it wasn't the original reason of my departure from civilization to the strangely Borderlands-esque world of professional truck-driving, this kind of freedom and variety has already fast become my favorite part of my new life. Make no mistake, it is a new life, no matter how long or temporary it ends up being, but if things continue as they are, it may be longer than I originally anticipated. I am doing exactly what I envisioned doing: listening to intelligent people on audio books, listening to... people, of all kinds of backgrounds and with different ideas outside of the truck, writing consistently and seeing the country. It may be a bit early to judge, but if first impressions mean anything, ditching college and its trappings for the road has been the most radical and best decision of my life.
Posted by C.B. Robertson at 8:38 PM